Short Curriculum Vitae for official use 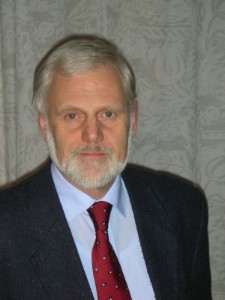 born 1949 in Upper Austria,
studied medicine and cultural anthropology in Vienna. Graduation 1973.
1974 and 1976 field studies in medical anthropology and in interaction of traditional and western medicine among the Azande, Rep. of  Congo (then Zaire)
1977 to 1982 working in Paraguay, primary health care for indian minorities, development programme, co-financed by the Austrian government.
From 1983 to 2011 GP and community physician in the rural community of Poella, Lower Austria.
Health care project evaluation studies in Africa and Latin America.
Since 1983 member, since 1996 president of the Austrian chapter of IPPNW (International Physicians for the Preventionof Nuclear War),
accredited representative of IPPNW at UN Vienna,
from1998 till 2002, from  2007 till 2011 and again from 2014 till 2018 elected chairperson, NGO-committee-on-peace at UN Vienna.
Many activities and publications in the field of primary health care, prevention, intercultural health and communication, peace and disarmament, sustainable development, sustainable life-style, cycling and health.